Skip to Content
Home Art + Heritage The Temple Town: Everything You Wanted to Know About Puri, Odisha

The Temple Town of Puri, covering some 3000 square kilometres, is one you could cover mostly on foot. The city holds tremendous historic, religious and architectural significance. Embarking on an attempt to map the beauty and wonders of the quaint city, ArchIndia dedicates a series of articles to Puri: The Temple Town.

Puri is a small coastal city in the vintage land of Odisha. It forms a part of the golden triangle of tourism, along with Konark and Bhubaneshwar in Eastern India. The city is as a wonderful blend of the pomp of the beach, the legacy of heritage and the ties of faith. Puri is, after all, one of the most sought-after tourist destinations because of either or all of the above.

The settlement of Puri is more than a thousand years old. It finds mention in the 4th century CE Garuda Purana. Puri, like Ayodhya, Mathura, Gaya, Kasi, Kanchi, Avantika and Dvarawatias, is one of the holiest places in India. 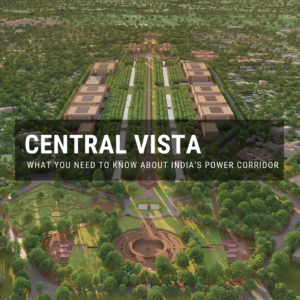 Geographically, it is bound by the sea to the south, the River Musa to the north, River Mangala to the west and the Balukhanda Reserve Forest to the east.

As Puri lies to the south of the Tropic of Cancer, it experiences a moderate oceanic temperate climate. The maximum and minimum temperatures range between 36º to 15º C. The sea plays a vital role in the moderation of the climate of the city. Precipitation peaks to 250 mm in the monsoon months, with an average of 220 mm. Overall, the city experiences hot and windy summers, humid and turbulent monsoons and cool dry winters.

A brief discussion on the historical background of the city is necessary to delve into the deeper details of the architecture of the city. The ancient town of Puri was home to dhibars(fishermen) and shabars(hunter gatherers) who were essentially descendants of the Austro-Asiatic lineage. It served as one of the most important oceanic trading routes back then. Besides, it finds mention in Vedas, Upanishads and Puranas.

The medieval era saw Puri emerge as one of the most important pilgrimages for the Hindus of the country. Referred to as Purushottam Puri, it essentially came to be recognized as the land of Purushottam Jagannath. He happens to be considered as one of the many forms of the Hindu god Vishnu. Trade relations continued to flourish, and evidences of navigable water routes have been found.

Post the 15th century, modern history of Puri reflects invasions by foreign rulers. This included the Mughals and the British. The temple town, however, continued to maintain its legacy. There were a few obstacles in between, such as the imposition of the pilgrim tax. Not just this, the divisions and subdivisions of the once-large Puri district under foreign rule also finds mention.

Significance of the Temple Town

Puri is one of the most sought-after tourist destinations in the eastern part of India. It sees a daily influx of national and international tourists.

This is because of first, the religious and natural heritage associated with the city. This includes around 112 temples and several holy tanks (1). Secondly, the long coastline allows for recreational glory.

However, the condition of the city is deteriorating by the day. There is absolute dismay in terms of urban infrastructure, civic services and transportation management. Several other factors continue to worsen tourist experience over the years.

This has made the city a prospective project for redevelopment, rejuvenation and upliftment. As it continues to be a hotspot for cultural, religious, economic, social and commercial activity, it is time to revive it to its former glory.

Want to read more about Puri? ArchIndia is attempting to document the Temple Town with a series of articles dedicated to the beautiful city. Stay updated with the best on architecture, travel and lifestyle with us!

Sakshi is an Architect and Content Consultant, working towards bridging the gap between the AEC Industry and their need for strategic Digital Communications. She offers Content & Communications services for Architects, Designers and others in the Construction Industry as a freelancer.