Sardar Vallabhbhai Patel, or the Iron Man of India, has been a national icon for generations. He consolidated the newly formed modern nation of India, and led the unification of over 552 scattered Princely States. Gradually, he stitched them into the common fabric of what we know today as Bharat. An idol and an icon, Sardar Patel also embodies the spirit of Indian unity. The 182 metres high Statue of Unity epitomizes the lofty nationalistic spirit of the Indian statesman.

The foundation of the Statue of Unity: The World’s Tallest Statue, was laid on October 31, 2013 by the then Chief Minister of Gujarat, Narendra Modi. The colossal scale and ambitious nature of the project stirred even the most experienced engineers. 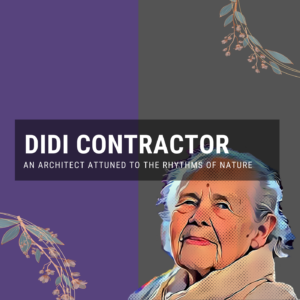 In 2014, Larsen & Toubro won the contract for the design, construction and maintenance of the Statue of Unity. Construction activities commenced on October 31, 2014, a symbolic day indeed. It was the 139th Birth Anniversary of Sardar Patel, the former Deputy Minister of India.

The Statue of Unity is located in the state of Gujarat, on the Sadhu Bet island in the River Narmada. It stands 3.2 km downstream of the Sardar Sarovar Dam, the world’s second largest concrete gravity dam.

The region is predominantly tribal, and the nearest town of Kevadiya is at a distance of 3.5 km. As the project aims to develop itself as a World Tourist Destination, it is laden with a number of retreats. The Statue complex houses a riverfront promenade for cycling, dotted with colourful gardens. In the vicinity of the Statue is a lush Valley of Flowers for a quiet stroll. The nearby Sardar Patel Zoological Park is home to magnificent big cats such as Leopards, Asiatic Lions and Royal Bengal Tigers.

Padma Bhushan awardee Ram Sutar designed this landmark memorial, and modelled the statue to depict the walking posture of Sardar Patel. The sculptor has paid attention to cast the facial features of Sardar with remarkable accuracy. According to Sutar, the idea was to lend the statue a poised countenance, with Patel’s head held high. His persona emitted both a feeling of power and warmth, and this was what the statue needed to depict.

A Structure Fraught with Challenges

The structural design of the world’s tallest statue certainly had to be unconventional in every way. In the approved idol, Sardar Patel was clad in a Dhoti and Sandals. This posed the first massive challenge for the architects and engineers responsible for its execution.

Also, unlike earlier statues around the world, the Statue of Unity was to have a very low slenderness ratio. Compared to its extremely low base area, the statue was to have a sky-touching height. Besides, the walking pose left a gap of 6.4 meters between the two feet. This made it difficult for the Statue to withstand high wind velocities common to the region.

The landscape and topography of the site added to the concerns of installing the structure. The Statue of Unity stands on on a star-shaped base covering the entire Sadhu Hill, made of Deccan Basalt flows. Also, the Kutch district is highly vulnerable to earthquakes. Studies show that the nearest fault exists at a distance of 22 km. Besides, earthquakes in the immediate vicinity of the Statue can reach a magnitude of 6.5 on the Richter Scale.

Come the monsoons, and the level of water in River Narmada goes up to 20 metres. At the same time, the river currents become extremely violent. Therefore, extra measures had to be taken to provide the structure greater stability, considering all-round constraints.

An Engineering Feat: Designing the Statue of Unity

The height of the Statue of Unity matches the total assembly constituencies in Gujarat. The statue itself comprises Five Vertical Zones, and only three are accessible to the public. The First Zone includes an Exhibition Area, while the Second contains a Memorial Garden and a large Museum.

The Third Zone boasts of a Viewing Gallery that goes up to a height of 153 metres. The gallery can accommodate up to 200 people at a time. It offers an eclectic view of the Satpura and Vindhyachal mountains. Viewers can also spot the confluence of the three states of Gujarat, Maharashtra and Madhya Pradesh. Tourists can also have a view of the Sardar Sarovar Dam and Garudeshwar Reservoir.

Zones IV and V form the head and the shoulder which is out of the reach of the visitors. These comprise the Maintenance Zone and a Zone reserved for future development.

The structure of the Statue comprises two semi-elliptical reinforced concrete cores, each housing a passenger elevator. The vertical cores support the steel frames to which an exorbitant 6500 bronze panels are clad. It also has a concrete podium of reinforced steel which acts as its base.

The Statue of Unity can withstand winds up to 180 km per hour, besides earthquakes measuring 6.5 on Richter Scale. This extravagant need of stability compelled the makers to install two 250-tonne Mass Dumpers in the statue.

The Statue of Unity, in keeping with the ideals of Sardar Patel, connected farmers with the Loh Purush, or Iron Man of India. Steel for construction was raised through the famous Loha Campaign. Under this initiative of the Government of Gujarat, three lakh empty kit boxes were carried to villages to collect soil and scrap-iron implements.

Used farm tools and soil samples were collected from 169,078 locations across the country for use in the project. By 2016, 135 metric tonnes of iron were collected, which have been used in the base. Besides, earth collected from different regions of India has been used for making the symbolic Unity wall.

The Statue of Unity is indeed the confluence of the architectural feat and patriotic fervour of Indians. The nation’s leaders firmly believe that the Statue will shine on as a beacon of inspiration for generations to come. It will also remind them of the glorious freedom struggle and the need to preserve the unity of their nation. Nehru’s maxim “Unity in Diversity” is the true message the Statue of Unity stands for.

Abhishek is the founder of Dehradun based Infotainment Channel Circuitpedia. He is a first year SRCC student. India and Indianess are his main interests with special focus on exploration, heritage and culture